History Of The NIOS

> History Of The NIOS

HISTORY OF THE NIOS

Prior to the Health Act 1948, it had been proposed that the population would be provided with health care by Hospitals and the three Family Practitioners Services, namely Doctors, Dentists and Chemists. Optical Services were to be provided by Hospital Eye Departments, staffed by medically trained personnel who would provide Prescriptions for Spectacles, as well as diagnose and treat eye diseases.

It was soon evident that Hospitals were not sufficiently equipped or had the necessary trained staff to provide such a service. Realising that there was a suitable workforce to provide the service by Opticians, it was agreed that a Supplementary Eye Service be established until such times as the Hospitals could provide a permanent basis.

To be included in the Ophthalmic List to provide this service, applicants had to be qualified either by examination or by experience. The recognised examination qualifications were:

Those who applied for inclusion by experience were interviewed and the premises, equipment and records inspected by a Departmental approved committee under the chairmanship of D H McCloy.

There were no training facilities in Northern Ireland and it was felt that a Society should be formed to organise Optical training in conjunction with Belfast College of Technology and to hold their own examinations.

FWR (Eric) Andrews and his wife AOE (Olive), both practising Opticians in Ballymena, called a meeting of regionally based Opticians who agreed to form a legally constituted Society, to be known as the Northern Ireland Optical Society.

Members of the Committee were:

Membership of the Society was by annual fee and was open to all Opticians on the Ophthalmic List.

An Optical Course was organised in Belfast College of Technology. The Course was filled for the first year but the second year did not attract sufficient students and was abandoned. Those students who finished their studies in Belfast were able to sit the exams of the various Examining Bodies for qualification for inclusion in the Ophthalmic List held by the Supplementary Eye Services in Northern Ireland.

The NIOS was not able to attract sufficient members on a fee basis so the Council, in conjunction with the Negotiating Committee, decided to introduce a 1p in the £ scheme to be deducted yearly from all NHS payments. This payment automatically made the Optician a member of the Society.

The Department of Health would only recognise the Negotiating Committee as the body who represented all Opticians to whom payment could be made. They collected the monies, paid their expenses, put a sum in a Defence Fund and submitted the balance to the NIOS.

Other aims of the Society were to promote a yearly Conference and organise Refresher Courses. With paid advertising space open to the Optical Industry in the Conference Brochure, the main running expenses were covered. Over the years, changes have been made to the NIOS Constitution. 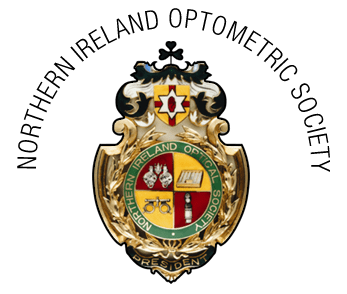